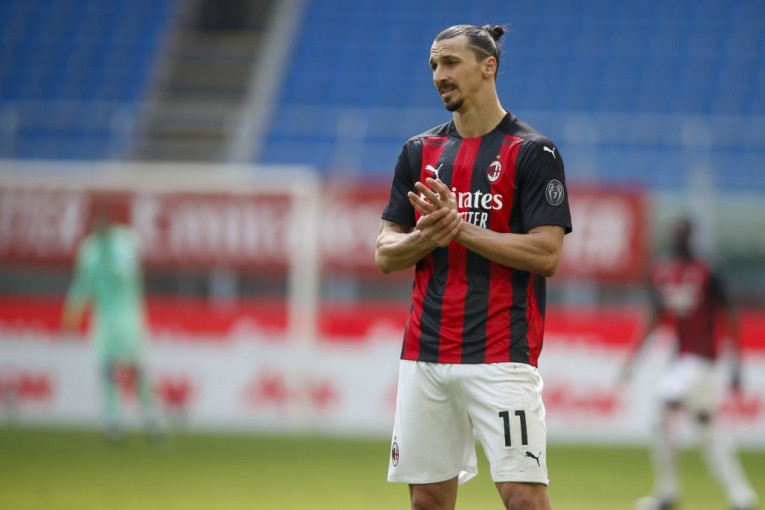 Zlatan Ibrahimović has been a member of the world football elite for the past 15 years, however, he has never received any major individual trophies for his contribution.

In the era of Lionel Messi and Cristiano Ronaldo, not even a footbal magician such as Ibrahimović was ablo to stand out.

Milan's star said in an interview to "France Football" that he does not regret not receiving the Ballon d'Or so far:

- If I miss the Ballon d'Or? No, it's the opposite, it's him who misses me. We all want the trophy that says that you are the best in the world, but deep down, I think I am the best in the world. It would be prestigious to win the trophy, but the boters are those who decide - says Ibrahimović, who is also on the front cover.

What Ibrahimović also lacks in his career is the Champions League trophy, which he says he does not miss terribly.

- Do you think that winning the Champions League would make me a better player? It would have been wonderful to win that trophy. However, I did not and that does not make me any worse of a player.  It is like those people saying: "Zlatan, you never won the World Cup, you are not a good player". Ok, but it is much easier to win the World Cup when you are French, a bit tougher if you are a Swede.  Then, in order to return to the Champions League, the longer you wait the better it feels to win it, am I not right? I am still capable of scoring goals. I want to win. At club level, I won everything apart from the Champions League. But I have nothing to complain about, as I have achieved more that many others. I am happy - Zlatan pointed out in his own signature way, only to continue talking about the emotions that make him vulnerable.

- I have emotions, weak spots, things that hurt me. I am no Hulk. I am no Superman. You see me on the field, always so confident, you see the same thing when I am outside. However, I am fragile. I have my weak spots, my emotions. That is only natural. When you get to know me, you see that I have a big heart; when you do not know me, you hate me.