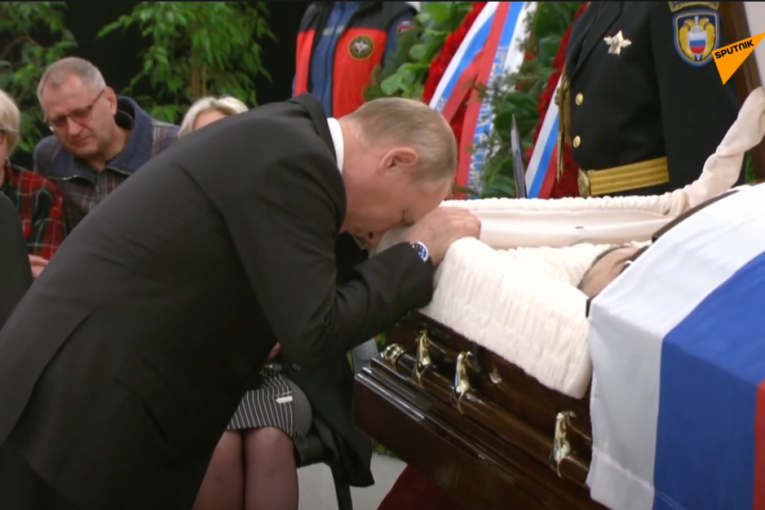 As a reminder, Zinichev was tragically killed while trying to save someone's life during a civil defence exercise in the Norilsk area.

He had come to Dudinka together with the governor Aleksandr Uss to check on the progress made on the constuction of a new fire station.  All of a sudden, documentary director Alexander Melnik, 63, fell into the water.

Melnik was set to film the Artic civil defence exercise.

- He and the cameraman were on the edge of a cliff... The cameraman slipped and fell into the water.  There were a lot of eyewitnesses.  Before anyone was even able to realise what was going on, Zinichev rushed after the fallen man, jumped into the water and hit a rock - according to Margarita Simonyan, the head of Russian broadcaster RT.

Putin expressed his condolences to Natalya, Zinichev's widow, and Denis, the son of his late friend. He approached the coffin twice and even rested his head against his friend's open casket, after which he made the sign of the cross. It was very evident that saying goodbye to Zinichev was devastating for the President.

Putin stated that he considers this to be "an immense personal loss" and he cherishes the memory of Zinichev as a man of "exceptional strength and courage".

- While he was saving someone's life, he risked his own, without a second thought, and he died in the line of duty - the President said.

Certain media state that Putin was potentially grooming Zinichev for the presidential position after he steps down. During Putin's rule, Zinichev was vastly successful and managed to level up considerably in his career.

- I knew I could always count on Yevgeny, even in the most complex of situations.  He was a trusted friend and a high-ranking professional - Vladimir Putin stated.